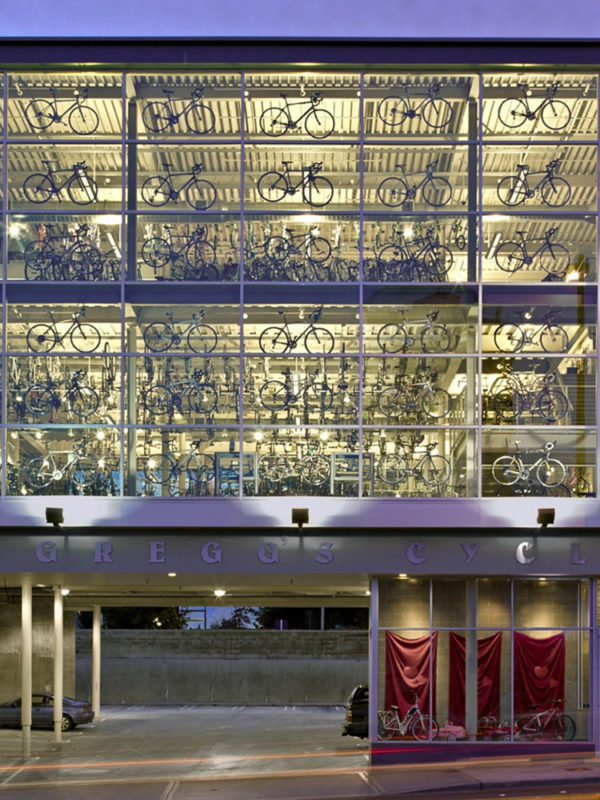 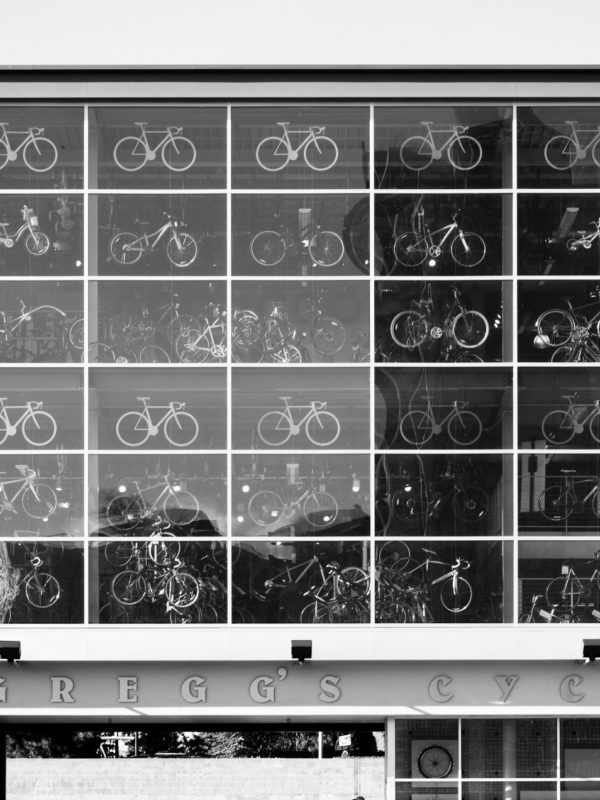 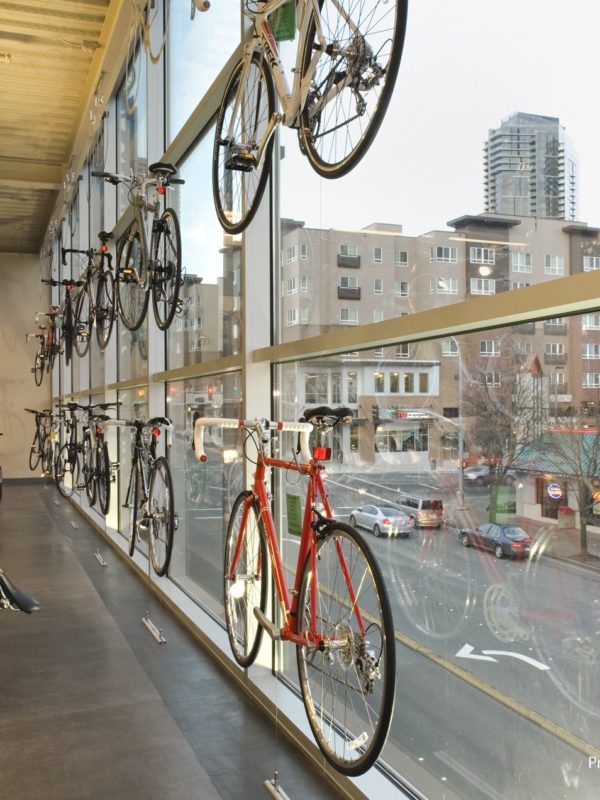 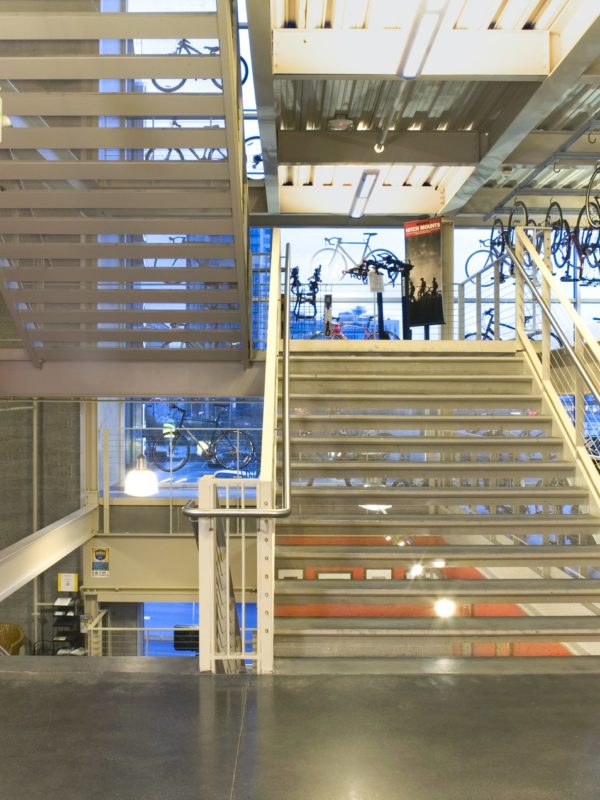 An integrated bicycle display and glass curtainwall system celebrates the bicycles as the defining the image and character of this new store. The building is designed to be a neutral container, with retail and service spaces located 1-story above street level and covered surface parking at grade below the store.

“[The design team] took a set of modest requirements and created a notable asset for both the company and the community,”
– Architectural Record

A project of Weinstein A|U